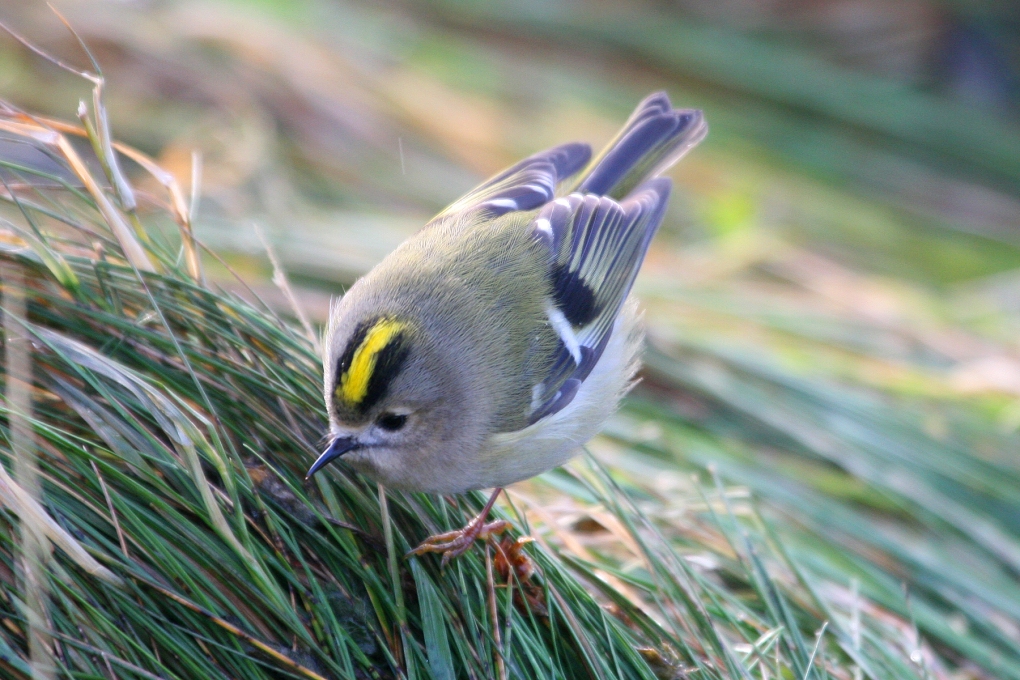 It feels like we are starting to emerge out of the winter, the days are getting longer, the clocks spring forward and nature seems to be waking up. Bulbs are poking their heads above the soil and the first buds are on appearing on the bushes.

Common Frogs (Rana temporaria) are the only amphibian found in Shetland; they were introduced to the islands in 1895 at Brough Lodge in Fetlar with further introductions in the 1920s in Scalloway and Lerwick. Common Frogs are now present throughout the isles including Foula and Fair Isle.

March is a great time to see Common Frogs as they wake uo from their winter hibernation and start aggregating in large numbers at ponds to breed and lay their spawn. One of the best places to see them is at ‘Da Gairdens’ in Sand on the west side of Shetland mainland. The gardens are open to the public all year round and have areas of woodland, gardens and three large ponds.

Moth of the Month- Hebrew Character

The Hebrew Character (Orthosia gothic) is a common and widespread species over the whole of the UK, and is typically the earliest moth to emerge in Shetland, being recorded in March and April. It has a distinctive black mark on the forewing which is unique amongst spring-flying moths, and it is this mark which gives the moth its name as it is shaped like the Hebrew letter ‘nun’.

Other highlights this month include the first Goldcrests (Regulus regulus) pausing in Shetland during their migration from further South to Scandinavia. The Goldcrest is Europe’s smallest bird, is easily recognised by its distinctive gold stripe over its crown. They are a common migrant and garden visitor where they can be seen flitting around bushes and shrubs catching small insects.

If you are lucky you may spot another of Shetland’s early passing migrants, the European Stonechat (Saxicola rubicola). This scarce migrant may be seen in open areas perched on fence posts and dry stone walls. The stonechat gets its name from the noise it makes which sounds like two stones being chipped together.